The Unified Energetic Model of all Emotions. (Positive & Negative)

These 4 groups of emotions (Love, Envy, Hate, revenge) are needed in a competitive world. They are not accidental. They serve the purpose of survival. 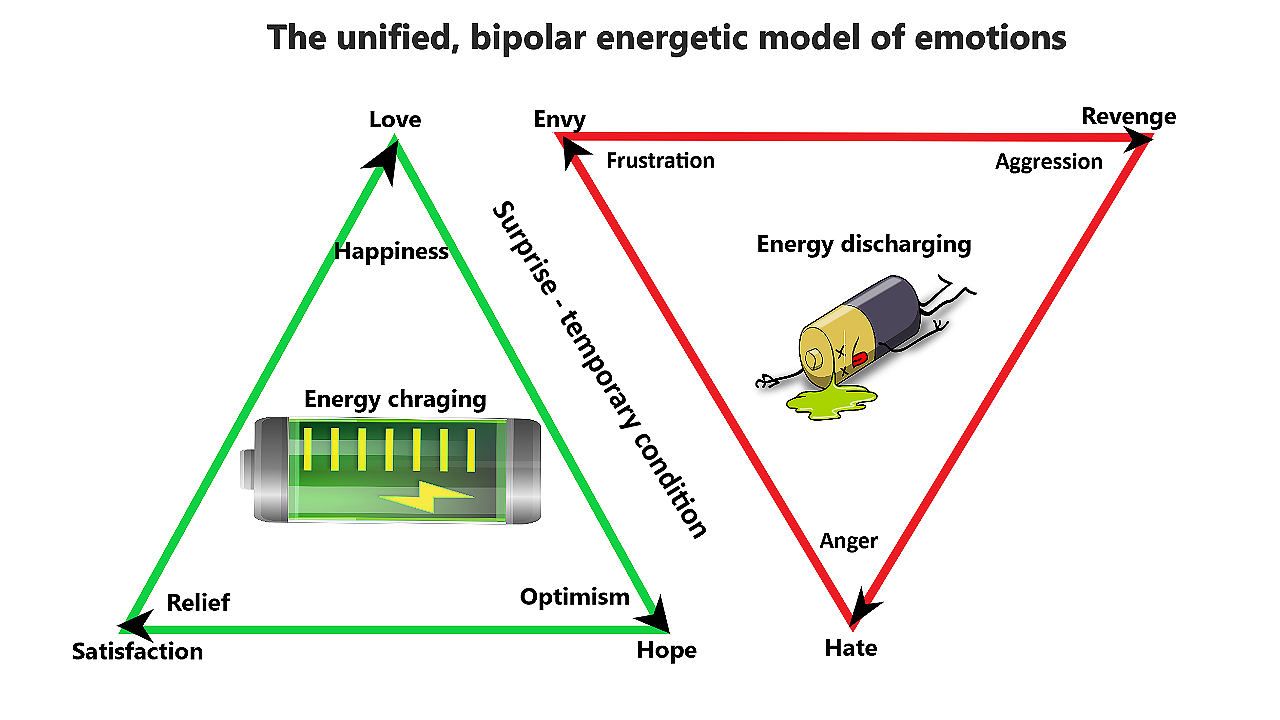 If you look for a unified model of all emotions, you will find no uniformity; this phenomenon is more profound and lies mainly in the lack of a philosophy of medicine and the human body's qualities. Many attempts with stunning color charts describe the map of emotions and sort them into different categories. None of the categories I found addressed feelings in the energetic dimension — as I think is desirable to do.

The suggested unified energetic model of all emotions.

Emotions are sometimes expressed in various chemicals as well, but they are first and foremost an energetic phenomenon. Treating emotions as energy significantly changes the way you look at them.

Principles of the model:

Most researchers marked six main categories: anger, fear, joy, love, sadness, and surprise. (In my view, fear is not a controlled emotion - it is an instinct. It exists in all of us to one degree or another.)

Every meaningful and prolonged human interaction places us in one of two cycles: (Indifference is usually a temporary state)

All emotions are characterized by a bipolar form of Action and Reaction.

Surprise is usually an emotion that does not belong to one of the two cycles.

Unsurprisingly, there are more negative than positive emotions in regular use.

Unresolved mental traumas (Negative emotions) are most often stored in the subconscious mind. If the subconscious cannot contain the repressed emotions, there is constant energy damage. The person usually develops diseases (including mental illness) or addictions in such situations.